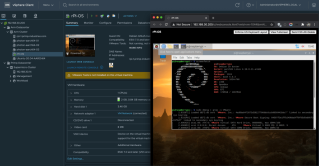 It has only been a week since the ESXi-Arm Fling was released, but the amount of experimentation and frankly cool s*** that people have been able to do in such a short period of time has been pretty mind blowing. For example, did you know you could run ESXi-Arm on Nintendo Switch!? 🤯 Andrei […]