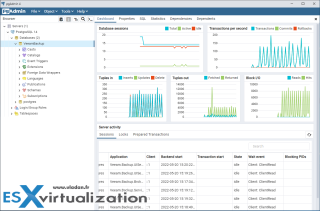 During the latest VeeamON at Las Vegas that just finished, Veeam has unveiled their latest upcoming Veeam v12 software. In fact, Veeam Backup and Replication 12 will be released this year (currently in BETA) and will bring some significant features. Starting with the core – […]